If you are a foreign national working here in the United States, you should pay careful attention to your Country’s tax treaty to determine any benefits.  Under these treaties, residents of foreign countries may be exempt from U.S. income taxes on certain items of income they receive from sources within the United States.  You should also consult your State tax authorities to find out if your State taxes the income of foreign individuals and, if so, whether the tax treaty applies to any of your income.

Common tax treaty provisions include tax exemptions for certain personal services performed in the United States; pay of professors, teachers, or researchers who teaches or performs research in the United States for a limited time; amounts received for maintenance and studies by a foreign student or apprentice who is here for study or experience; and wages, salaries, and pensions paid by a foreign government.

Pay for certain personal services performed in the United States is exempt from U.S. income tax if you are considered a resident of a foreign country, if you are in the United States for a limited number of days, and you meet certain other conditions.  For example, if you are a resident of Canada, income earned in the U.S. is exempt from taxation if you spend less then 183 days here and the income is not paid by, or on behalf of, a U.S. resident, and is not borne by a permanent establishment in the United States.   The terms fixed base and permanent establishment generally mean a fixed place of business, such as a place of management, a branch, an office, a factory or warehouse, through which an enterprise carries on its business. 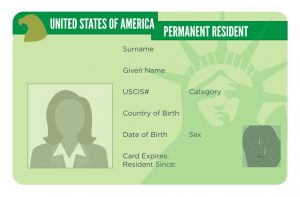 Pay of professors and researchers who are residents of foreign countries is generally exempt from U.S. income tax for 2 years if they temporarily visit the United States to teach or do research.   The exemption may or may not apply even if the stay in the United States extends beyond the applicable period.  The exemption generally applies to pay received during a second teaching assignment if both are completed within the specified time, even if the second assignment was not arranged until after arrival in the United States on the first assignment. The exemption does not apply to income from research carried on mainly for the private benefit of any person rather than in the public interest.

Residents of foreign countries who are in the United States to study or acquire technical experience are exempt from U.S. income tax, under certain conditions, on amounts received from abroad for their maintenance and studies.  This may include a fellowship and stipend for living expenses.  This exemption does not apply to the wages paid by a foreign corporation to one of its executives, a resident of a foreign country who is temporarily in the United States to study a particular industry for an employer. These amounts are a continuation of salary and is not received to study or acquire experience.

Amounts received from the National Institutes of Health (NIH) under provisions of the Visiting Fellows Program are generally treated as a grant, allowance, or award for purposes of whether an exemption is provided by treaty. The tax documentation filed with the IRS would likely be a Form 1042S, Foreign Persons U.S. Source Income. Amounts received from NIH under the Visiting Associate Program and Visiting Scientist Program are not exempt from U.S. tax as a grant, allowance, or award and would likely come on IRS Form W-2.

Wages, salaries, pensions, and annuities paid by foreign governments to their residents who are present in the United States as nonresident aliens generally are exempt from U.S. income tax. Employees of foreign countries who do not qualify under a tax treaty provision and employees of international organizations should see if they can qualify for exemption under U.S. tax law.

If you are a foreign national or non-resident alien working here, you should consult a tax attorney to see if your Country has a tax treaty agreement and whether it applies to your situation.  Your tax attorney will carefully examine the treaty to determine if there are any beneficial provisions that may exempt all or part of your taxable income.  If you have any questions, please don’t hesitate to contact us!