If you are currently living in the District and planning on moving overseas, you may be subject to continued local taxes.  However, with careful planning, you can take steps before and after your departure to ensure you are no longer liable for District taxes.  Many taxpayers are audited by Office of Tax and Revenue (OTR) for gaps in residency or for refunds of taxes withheld claimed on Form D40-B. 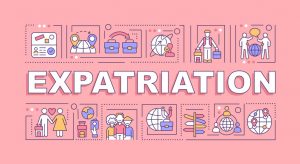 The term “domicile” has a general accepted legal meaning for the place where one lives and shall continue until facts adduced establish the contrary.  To prove change in domicile one must show both (1) physical presence and (2) an intent to abandon former domicile and remain in a new one for an indefinite period of time.  see Bartholomew vs D.C. OTR, 78 A.3d 309 (D.C. 2013)

In determining whether an individual is a resident, an individual’s absence from the District for temporary or transitory purposes shall not be regarded as changing his domicile or place of abode.  D.C. Code §47-1801.04(42) A multitude of factors must be considered when determining a particular individual’s intent to abandon and established domicile for a new one.  Alexander v. District of Columbia, 370 A.2d 1327, (D.C.1977)

In Alexander, the court found that the taxpayer had changed his domicile when he left the District for a three year assignment in Japan, despite eventually returning home.  Accordingly, a District resident may abandon domicile in favor or a foreign country if the facts indicate he intends to do so indefinitely though the assignment may specify an initial term.

Turning to Bartholomew, the court found the taxpayer did not abandon his domicile for a foreign country where his wife and child remained in the District.  Bartholomew further returned to the District to visit his family, left his vehicle and other possessions in D.C., used his D.C. address on tax returns and never applied for a foreign drivers’ license.  The court weighed all these factors in determining taxpayer lacked intent to remain in a new place indefinitely.

When seeking to change your domicile, actions speak louder than words as taxpayer statements of future intent will generally be viewed as self-serving.   Here are the important steps you can take before and after your move to demonstrate your change of domicile:

Sale of Cars:  Taxpayers should sell their cars and surrender license plate tags. Also, try to take all your possessions with you and not leave any items behind.

Obtain Foreign Drivers’ License:  Taxpayers should seek foreign driving privileges and purchase a car if necessary.  Some cars are country specific, making them unfeasible to move back to the states.

Enroll in Healthcare:  Taxpayers should enroll in as many foreign benefits available to them such as publicly funded healthcare and pension or retirement benefits.

Pay local foreign taxes:  Keep a record of any local taxes you pay, for example, vehicle, sales and television taxes even if you are exempt from income taxes due to treaty or status of forces agreement.

Cut off Social Ties:  Taxpayers with no family in the District should curtail their social, professional and religious affiliations.  Begin to develop new community ties in your country through volunteering, civic memberships and charitable contributions.

Vote by Absentee:  Overseas voters may legally vote absentee in the District if their last known address is in D.C., even if they have cut ties with this address.  Accordingly, voting absentee is not an affirmation of domicile.   D.C. Code §1-1061.05

Use Foreign Address on Tax Returns:  If you file D.C. tax returns, D40 or D40-B, make certain to use your foreign address and not a post office box or friends address in D.C.

Open a Foreign Bank Account:  Upon situating in your new country, make sure to open a foreign bank account to pay bills in foreign currency.  Make sure to change the address on any U.S. Bank accounts.

Convert Residence to Rental:  Prior to moving overseas, taxpayers should convert their residence to a rental property, preferably to long-term rentals rented continuously to unrelated parties.  To make your rental lawful, make sure to obtain a business license, cancel the homestead deduction, adjust your insurances and pay your unincorporated franchise tax.

Hire a Property Manager:  Taxpayers may also want to hire a professional real estate management company to handle the rent collection, payment of expenses and coordinating of maintenance issues.  Try to show limited involvement and hands off in this endeavor so it cannot be said that this investment ties you to the local community in a substantial way.

Relocate to Another State:  Before or after your overseas move, try to establish domicile in another state.  In addition to states without income tax, many states offer tax breaks for residents that live overseas.

Claim a Refund:  Taxpayers should file form D-40B to seek refund of taxes withheld in error.  Taxpayers may also file part-year tax returns.  Refunds need to be claimed within three years to satisfy the statute of limitations. 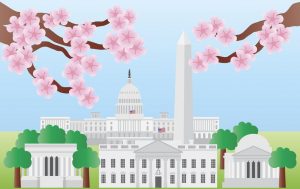 If you have spent zero days in D.C. since leaving and didn’t receive any benefits from the District, requiring individuals to pay thousands of dollars in income taxes (without indication of an intent to return) lacks equity and fairness.  Case law lays a framework for how to abandon D.C. domicile with the intent to reside overseas indefinitely and actions taken by taxpayers should support that conclusion.

OTR errs in their position that overseas assignments are on their face temporary because of any visa restrictions.  Courts have long held that domicile can be established in the District by immigrants (without permanent residency status) on temporary work visas.  OTR cannot seek to have it both ways by implying a U.S. person (on a work visa) can’t possess the intent to be domiciled in a foreign country without considering the totality of the circumstances. See Bonato v District of Columbia 2010 CVT 10557 (D.C. Superior Court 2014)

Though owning rental property is a tie to the community, taxpayers should seek to have limited involvement in daily operations and delegate duties to a management company.   Further, there is a tax scheme in place to deal with rental properties, the unincorporate franchise tax.  Taxpayers should pay their property taxes and cancel their homestead deduction.

Limited guidance on domicile is listed on OTR’s website as Tax Notice 2015-07, which covers domicile as relates to qualifying for the property homestead exemption.  For clarity, OTR should consider providing further guidance on domicile specific to requesting refunds of non-resident withholdings via Form D-40B.