Which State Taxes Should I File? 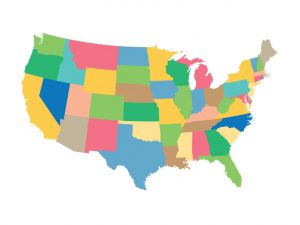 Changes in work habits caused by Covid-19, has many taxpayers physically working in different locations than expected leaving them to wonder if they owe taxes in multi-states.  Taxpayers domiciled in one state may be temporarily working and spending days in another.  Some taxpayers have decided to move permanently altogether.  Taxpayers should understand their state tax obligations to make sure they are filing and paying the correct state.

States taxation is generally based on residency, domicile, work location or situs of property.   Taxpayers should understand the instances that trigger state taxation.  Each state has different tax rules and this information is posted on their state website or form instructions.  Some states have no income taxation, like FL and TX.  Most states tax based on domicile in that if you are domiciled in their state, you will be subject to taxation regardless of where you are actually living.  Domicile is your permanent legal residence.  It’s the place you intend to return, even if you have temporarily moved to another state.  You keep your domicile until you take steps to change it.  Residency, on the other hand, usually deals with the time spent in a particular state.  A taxpayer may have more than one residency and these may differ from their domicile.

Live in one State, Work in another

Most states tax non-residents on their state source income, for example if you operate a business or own rental property.  Washington, D.C. does not tax non-residents per se, rather D.C. may impose a franchise tax on certain business and rental income.  Some states tax non-residents based on work days spent in the state like NY and Mass, where taxpayers are subject to income tax where their office is located, even if they live elsewhere.  Finally, some states have safe harbors for residents that are working in foreign countries, like CA and NY, that exempt them from state taxation despite being domiciled there if they spend enough time in a foreign country.

Taxpayers who live in one state and work in another, typically owe taxes in both states, but receive a credit offset to avoid double taxation.  This is not the rule in Metro D.C., in that VA, MD and DC have a reciprocity agreement for wages whereby employers withhold tax based on where you live regardless of work location.  Due to Covid-19, you may be working out of your home office located in a different state than your assigned office location.  This may create confusion as to which states you should be filing taxes.  If you are not going into your regular office should you still owe taxes to that state?  Similarly, are business taxes now owed based on workers (not in the office) now working at home?

When taxpayers make a move, it is important to consider whether this is going to be a temporary stay or permanent move.  If temporary, you are likely going to stay for 6 months or less usually for a specific work assignment and are maintaining a home elsewhere that you plan to return to.  Time spent temporarily living in another state may trigger a tax filing requirement in two states, particularly if you spend more than 6 months.  Permanent moves are distinguished with no intent to return, for example selling your house.  Permanent moves can lead to changing your domicile if you have no planned move out date or new location in mind.

States will generally offer three different choices when filing their tax form, either a resident return, part-year return or non-resident return.   What tax form you select will likely change the tax due, so be cautious and read all form instructions carefully.  The resident return will be for someone living there a full year or possibly domiciled there.  A part-year return will apply to residents who have either moved in or out state and are likely filing a return in another state.  Non-resident returns should be filed by residents of another state that have source income in the state and may be required to file.  Lastly, make sure use an address on the return you will be able to received any future correspondence.